Speach on indipendence day in school for students

Hello friends,Today I am talking about Independence day

Speach on Independence day in school

What is independence day

Independence Day is one of the national festivals of India. The day of 15 August 1947 is the golden history of India. On this day, our India, which had been under British occupation for hundreds of years, became independent on this day. Since then till today we all celebrate this auspicious day together as Independence Day. All school offices, factory institutes and markets remain closed on Independence Day. And our Prime Minister hoists the National Flag at the Red Fort in the capital of India on this auspicious day every year and gives a message to all of us that we are free. The National Flag is honored with a 21-gun salute and then the National Anthem it happens. This day is considered a symbol of independence and is celebrated with great enthusiasm in every nook and corner of India.
August 15 is a day when the national flag is hoisted in all government offices. Some people also hoist the national flag in their homes or shops. On this day, lights are lit in all government offices and special and special places. And Delhi, the capital of India, adorns like a new bride. Due to the national holiday, this festival is celebrated in the schools 1 day in advance i.e. on August 14, in which children sing national songs and show their art on this day to the children in school. Sweets are also available.
August 15 is a festival of good fortune, this festival brings new hope, new energy, new enthusiasm and patriotism to our hearts, or Independence Day also reminds us of our great warriors who lost their lives while giving us freedom on the outskirts. Giving us freedom from the British.

Why we celebrate independence day

Independence Day is celebrated on 15 August as a national holiday in India. This day symbolizes the valor of our freedom fighters and the people of India to get freedom from the claws of the British and this day signifies India's independence from British rule and unites all the people and also shows the power of the country.

On this day (15 August 1947) India became an independent nation so a gazetted holiday is organized every year to remember this day.

How we got freedom from British government 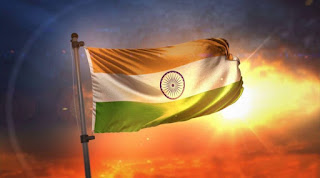 Our great leader meet groups for protest of British government. He said that don't obey this rules, who's made by Britishers.

When the protested Britishers then they went to jail for that steps. But they can not accepted their defeat. And also then the protest against we know our great leader example= Subhash chandre Bose. He was very great leader. He also part of this groups. He said that

"  You give me blood and I give you freedom"

This is very famous slogan to his. And I want to give you some or example about our great leaders.example; Amritsar everybody listened this name and know about this city. Once time many person who's want freedom they organised a fate for protest against British government, because British government did not want that people meet each other and stand against us. And that was the big reason behind that fate, but this idea gone fail.nobody can think it,and Britishers all attack on the place of Jallianwala Bagh,many people get injured in this attack and many peoples was dead.that was very big attack and this is the reason that why should we know about Amritsar.When we visit in our home then we fight for our freedom. Our many great leaders dead in this attack and we lost him. 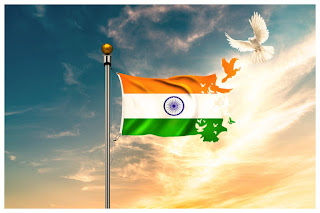 and I want to tell one or person or a great leader,whose known the name of Mahatma Gandhi, he called the father of our nation he was the main part of all protest group,he stands against Britishers and then he taught  us that when you stand against this rules then you feel safe and secure. and we got freedom from Britishers on 15 August 1947 we fully got free from Britishers and his rules.

Here is some great leaders name who gave us freedom.

Mohandas Karamchand Gandhi (/ˈɡɑːndi, ˈɡændi/;[1] 2 October 1869 – 30 January 1948) was an Indian lawyer,[2] anti-colonial nationalist,[3] and political ethicist,[4] who employed nonviolent resistance to lead the successful campaign for India's independence from British rule,[5] and in turn inspired movements for civil rights and freedom across the world.
He born on 2 October 1869 in porbandar,gujrat

Rajendra Prasad (3 December 1884 – 28 February 1963) was an Indian independence activist, lawyer, scholar and subsequently, the first President of India, in office from 1950 to 1962.[1] He was an Indian political leader and lawyer by training.and he was also achieved bharat ratna award

Vallabhbhai Jhaverbhai Patel, (31 October 1875 – 15 December 1950), popularly known as Sardar Patel, was an Indian politician. He served as the first Deputy Prime Minister of India. He was an Indian barrister, and a senior leader of the Indian National Congress who played a leading role in the country's struggle for independence and guided its integration into a united, independent nation.

(14 November 1889 – 27 May 1964) was an Indian independence activist and, subsequently, the first Prime Minister of India, as well as a central figure in Indian politices both before and after independence. He emerged as an eminent leader of the Indian independence movement, serving India as Prime Minister from its establishment in 1947 as an independent nation, until his death in 1964. He was also known as Pandit Nehru due to his roots with the Kashmiri Pandit community, while Indian children knew him better as Chacha Nehru (Hindi: Uncle Nehru)

.
Rani Lakshmi Bai was one of the leading warriors of the India’s first struggle for independence. A symbol of bravery, patriotism and honour, Rani Lakshmi Bai was born on 19 November 1828 at Poona. Her actual name was Manikarnika. Her father Moropant Tabme was a court advisor, and mother Bhagirathi was a scholarly woman. At a very early age she lost her mother. Her father raised her in an unconventional way and supported her to learn to ride elephants and horses and also to use weapons effectively. She grew up with Nana Sahib and Tatya Tope, who were active participants in the first independence.

Mangal Pandey (19 July 1827 – 8 April 1857) was an Indian soldier who played a key part in the events immediately preceding the outbreak of the Indian rebellion of 1857. He was a sepoy (infantryman) in the 34th Bengal Native Infantry (BNI) regiment of the British East India Company. In 1984, the Indian government issued a postage stamp to remember him. His life and actions have also been portrayed in several cinematic productions.

Ram Prasad Bismil  (11 June 1897 – 19 December 1927) was an Indian revolutionary who participated in Mainpuri conspiracy of 1918, and the Kakori conspiracy of 1925, and fought against British imperialism. Bismil was hanged on 19 December 1927 by the British for his revolutionary activities. As well as being a freedom fighter, he was a patriotic poet and wrote in Hindi and Urdu using the pen names Ram, Agyat and Bismil. But, he became popular with the last name "Bismil" only. He was associated with Arya Samaj where he got inspiration from Satyarth Prakash, a book written by Swami Dayanand Saraswati. He also had a confidential connection with Lala Har Dayal through his guru Swami Somdev, a preacher of Arya Samaj.Bismil was one of the founding members of the revolutionary organization Hindustan Republican Association. Bhagat Singh praised him  as a great poet-writer of Urdu and Hindi, who had also translated the books Catherine from English and Bolshevikon Ki Kartoot from Bengali.

Subhas Chandra Bose was an Indian freedom fighter and one of the causes to Indian freedom. He was known as Netaji. He was the President of Indian National Congress (INC) from 1938 to 1939. He attempted to get rid of British rule in India during World War II.
There are some great leader who gave us freedom and and I salute them for gave us freedom 1 more line who I want to say about him
सरहद पर लड़ते-लड़ते अपनी जान गवा दी
आखरी सांस थी मगर जाते-जाते हमें आजादी दिला दी
ऐ महान योद्धाओं आप को मेरा सलाम
आपने तो जाते-जाते भारत की तकदीर जगमगाती दी 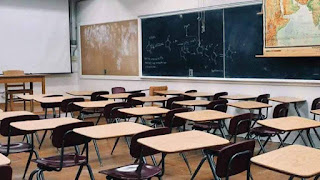 Importance of school in hindi under 500 words 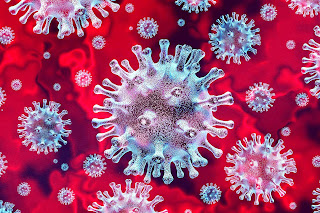 Essay on covid-19 Introduction= covid-19 was born 19-December 2019 in Wuhan city of China. This is infectious disease which spread through the virus.In this disease due to caughing or sneezing of infected person, the virus spreads almost 6 meters and when any healthy person comes with in the scope of 6 metres then he also suffers from this disease. The quality of covid-19    This disease weakens the immunity system of patient. Due to which human being vulnerable to other disease.T disease is very dangerous for a heart patient or diabetes patient or a person already struggling with any disease. This disease destroy human brain cells which the power of that person is smell, understand and think is reduced. The effect of covid-19 this disease has worsened the condition of many countries. Among which America,Italy, Germany,Britain, Brazil,India, Spain etc, are the major countries. Where the Graves were filled with corpses. This left many homes, families devastated. This disease is scared